HOW I GOT HERE

I was at my wit’s end! I felt stuck in a particular job that going nowhere – slowly; and engaged in a career that I wished I’d never chosen (at least at that time). I found myself driving home each night dreading the next day – and the weekends were even worse, as my mind weighed heavy with what would come the following week.

Although I’d been a Christian for a very long time, and although I’d been praying hard for God to remove my burdens, take away the anxiety and feelings of hopelessness, and specifically to deliver me from what I knew was a toxic work life, I felt like God was answering my prayer with a resounding “NO!”, but I did not understand WHY! While I FELT like I was being punished for some of my past transgression, I KNEW that God simply does NOT work that way. I later came to realize that God was simply saying WAIT!

My 51st birthday was fast approaching … and so was, unbeknownst to me at the time, my 3rd mid-life crisis (“MLC”) – the best of them all! (My 1st MLC was deciding, somewhat late in life, to go to law school (at nearly 40 years old); my 2nd MLC was running wild with Rock Stars; and my 3rd (and hopefully final) MLC was buying a dirt bike at over half-a-century-years old.

Through much (or even most) of my adult life, I had ridden street bikes, but I gave that up in 2006 when I moved my (still young at the time) family to Las Vegas so I could start law school. I loved riding but something about this city scared me. I concluded that it was simply too dangerous. Having lost my own father when I was just 14 years old (roughly the same age as my oldest daughter at the time) I could not risk engaging in activities that could put my life at risk. Growing up without a father was “rough” and I was not even going to take a chance that my own kids might have to endure the same – so I sold my bike before the big move.

Still, I loved the thrill of riding and I missed it. As my birthday approached, I woke one day fully accepting that I was not going to be able to change jobs as quick as I wished – and that God was keeping me there for some reason that was far beyond my own comprehension. A still small voice whispered to me “Your work is NOT your life! Find something to do that you’ll enjoy when away from work … and continue to wait on God.”  Although I heard that voice only in my head, it was clear as glass. The solution was just as clear – and, although I had not ridden a dirt bike in decades, I was going to buy one. And I did! And I truly believe it was one of the best decisions I’ve made in my life!

Originally, I was looking at buying a dual sport bike. My “logical side” thought it made sense – I could use it to commute to the office during the week and play in the dirt with it on the weekends. It just seemed “practical” and, in some way it was me simply justifying my decision to spend that kind of money on something just for me. My wife and daughters didn’t like that idea too much and rightfully so – there are fatal motorcycle accidents in Las Vegas every single week it seems, and sometimes more than just one. It really is crazy on the roads out here.

Knowing enough that I did not know enough, I decided to start small and bought myself a new 2018 Suzuki DR-Z125L. I wanted something small and light, considering that I had not ridden off-road since I was a teenager – and even then, I did not do so regularly. Growing up, I was too poor to own a dirt bike of my own, but some of my best memories of having fun as a kid was riding a borrowed bike through fields and woods.

I bought the bike the day before Mother’s Day and borrowed a truck to get it home. It sat in my garage for a full two weeks before I ever rode it – the first ride was actually on my birthday. I took the bike to an area off SR 160, which my research showed me was an “approved area.”  Somehow, I got myself off the approved trail and on to a hiking path. As I came up a hill, rather fast, a large rock jumped right in front of me and I crashed … hard. They say, “chicks dig scars” and I picked up a few that day (scars – not chicks). But the look on my wife’s face when I got home told me otherwise. They also say, “It’s not if you will crash, but when,” so I guess you could say I “decided” to get that out of the way on Day 1. But I kept riding that day, bent handlebars and all!

I also met God (again) out in the wilderness that day! As many others know, riding is not only fun, but it is also therapeutic (I call it Throttle Therapy). The focus it takes to navigate a tough trail or rocky incline, or simply NOT fall hundreds of feet off a cliff that frames a stretch of single-track forces every other thing out of my mind. I am forced to focus on the NOW, rather than the “what happened” or “what will come.” For me, riding also very spiritual.

I meet God, or I should say God meets me, every single time I am out riding. There are few greater Joys in my life than when I am out exploring in His Vast Creation and I (literally) “Pray Without Ceasing,” when I ride. There are many special spots in the area I usually ride that I call “Prayer Caves” (although not all of them actually have caves). These places provide spectacular views of the Vegas skyline or stretches of vast desert wilderness, which helps to remind me how Big, Powerful and Sovereign God is. Sometimes I pray for specific help of for the specific needs of other people; and sometimes I simply sit and bask in Thankfulness over the innumerable Blessings that God has provided in my life.

Always, and I mean ALWAYS, I leave with a renewed sense of Strength and Peace and increased Faith that God is Truly in Control of All Things!

And it reminds me to:

Be anxious for nothing, but in everything by prayer and supplication, with thanksgiving, let your requests be made known to God; and the peace of God, which surpasses all understanding, will guard your hearts and minds through Christ Jesus. (Philippians 4:6-7)

As well as that story may seem to end, it gets even better. I continued at my then-current job for nearly two additional years. While the circumstances around me did not improve much, but the way I naturally reacted to those circumstances did!

I continued giving every burden over to God, seeking Rest and Peace in and through Him, and continued to count my Blessings daily and God finally said that it was Time … and He Delivered an amazing new job to me. A job/career that I enjoy and one that allows me to further enjoy the time I have left in the world.

May God Bless You as He has Continued to Bless Me! 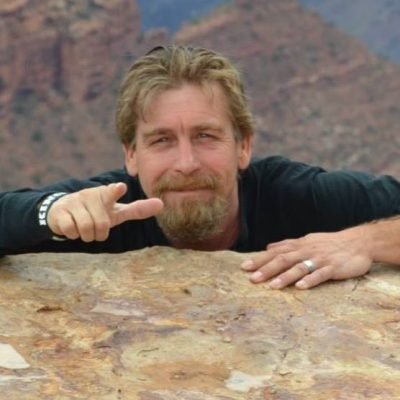 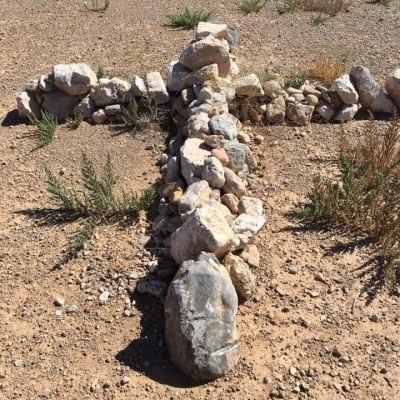 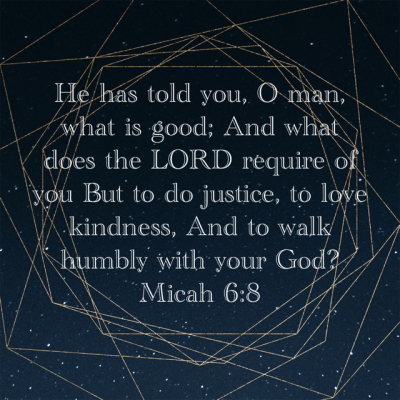